Ema Kawaguchi was born in Japan and studied dance at the Tsututa Ballet Academy in Fukuoka from 1983 to 1995. She then completed her training at the Swiss Ballet Vocational School SBBS in Zurich in the areas of classical, modern, character dance and jazz. This was followed by several engagements at the Zurich Opera House and in Freelance Companies (Looping, Ormadance, Swiss Chamber Ballet) in Switzerland. In 1999 Ema came to the Theater Augsburg where she not only danced as a soloist but also worked as assistant choreographer until 2008. Ema is a freelance dancer, choreographer and teacher for ballet, contemporary dance and creative dance. She has also held workshops in Germany, Austria, the Netherlands, Japan and Switzerland. In Augsburg, Ema has organized several music and dance projects, among others at the Staatsgalerie H2 and the Textil- und Industrie Museum, as well as a children’s program at the Kulturhaus Abraxas. In 2011 she also initiated and choreographed a benefit evening for the victims of the earthquake in Japan entitled “What moves us now…”. 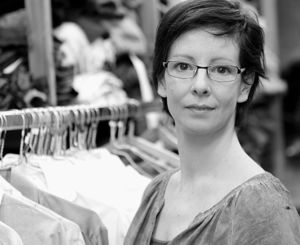 Gabriella Gilardi, born in 1977, completed her training as a classical ballet dancer at the Scuola del Theatro alla Scala in Milan. She has danced in Milan, London and New York in choreographies by Wayne McGregor. In the companies of the theatres in Rostock, Halberstadt and Dessau she was engaged as a soloist and danced in the choreographies of Tarek Assam, Tomasz Kajdanski and Jaroslaw Jurasz among others the leading roles in “Carmen” and “Gefährliche Liebschaften”. From 2003 to 2009 she was assistant to the ballet director Jaroslaw Jurasz at the theatre in Halberstadt. In addition, she has created numerous her own choreographies for operettas, musicals, operas and plays, e.g. for “Aida”, “Die Fledermaus”, “La Muette de Portici”, “Der Bajazzo”, “Evita”, “Cabaret”. Over the years she has participated in numerous theatre pedagogical projects and from 2009 to 2015 she directed the children’s ballet of the Anhaltisches Theater in Dessau. She currently teaches at various ballet schools in Augsburg.